By suzanneNovember 26, 2022No Comments10 Mins Read 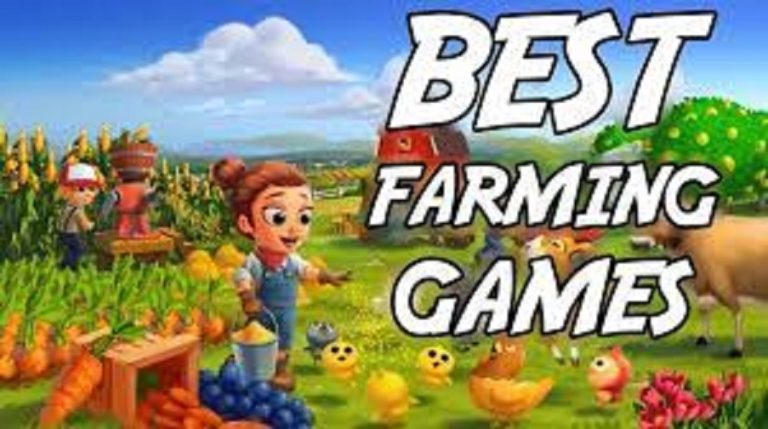 As farming games have become increasingly addictive, numerous farming-sim titles are available. Here are a few of my favourites.

There are video games in almost every genre you can think of. Games ranging from massive battle royales to role-playing games, adventure games, and even live simulation games, there is something for everyone. Farming sims are a popular sub-genre of life simulation games.

They can be a lot of fun, whether entirely focused on running a farm or having a little more to them. The number of them is so great that it can take time to choose the best one. Continue reading to see the best farming games, ranked from worst to best.

Geoffrey Martin updated this on January 5th, 2022: The farming genre continues to thrive, with seemingly new releases from both the AAA and indie scenes every month. Enjoying a farming game is so simple because they’re often quite relaxing. While there are more realistic farming games that demand a lot more from the player, fantasy-based games are often the most popular. 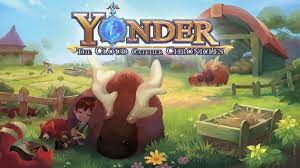 The game has a lot to offer, but you can play at your own pace. In addition to farming, you can explore the world, hunt for sprites, befriend other characters, and complete quests. 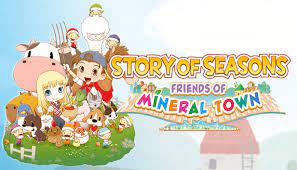 Story of Seasons: Friends of Mineral Town is a 3D remake of the original 2003 Harvest Moon Gameboy title. Because it was a remake, many fans were eager to see how things had changed or remained the same in this new version.

The game’s core has mostly stayed the same, as the goal is still to run your farm, make friends, discover new items and areas, and, if you want, start a family. While there were few changes, some fans were disappointed, while others praised what was added or removed from the original game. If you’re a big fan of the Harvest Moon series and want to ensure that any issues have been resolved or that your favourite parts are still included, you should read some reviews before purchasing the game.

3. Sakuna: Of Rice And Ruin 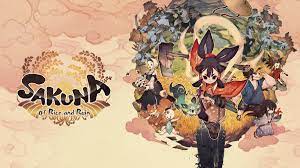 Sakuna: Of Rice and Ruin is primarily a side-scrolling fighting game on the surface. However, given that you play Sakuna, the harvest goddess, it stands to reason that farming will play a significant role in the plot. The game is divided into two genres: hack-and-slash levels and farming simulation. That’s part of what makes this game so unique and exciting to play.

Farming in this game may appear much more complicated than in other farming games on this list. You must pay close attention to details such as how much rice you water, what fertilizer you use, and other practical aspects. This causes different kinds of rice to grow on your farm, and each type of rice changes the way Sakuna fights after she eats it. 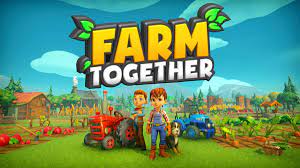 Farm Together is a great farming simulation that can be played alone or with friends. While the gameplay mechanics in this title become quite complex, it maintains a more laid-back tone. Because the game employs a real-time system, it continues even when you are not playing.

You can take care of animals, expand your farm, unlock new buildings and furnishings, and much more, in addition to growing and tending to your crops. 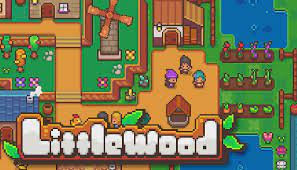 Sean Young, the artist for the Kindergarten game series, created Littlewood, a relaxing, expansive, and colourful RPG. The game’s premise begins with a scenario many players may have yet to consider: after an RPG hero saves the day, what happens to areas impacted by the villain’s attacks?

With this setup, players become that hero, but they can now help rebuild the town of Solemn. So much of this game allows you to change the landscape and explore freely. You’ll meet endearing characters who will solicit your assistance, and you’ll have the time to farm, craft and improve life in Solemn. 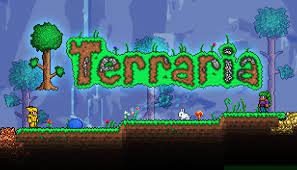 Terraria is a building game that was first released for PC in 2011 but has since been ported to other platforms. This game, like Minecraft, has a huge open-world setting that allows players to do whatever they want.

It’s entirely up to the player and their creativity whether they stay home to garden and grow various crops or venture out into the world to explore and gather materials. 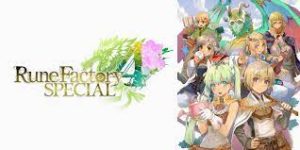 Rune Factory 4 Special is a wholesome and enjoyable fantasy-based farming game in which farming is only a small part of the gameplay. In addition to being given your own plot of land on which to tend crops and raise livestock, the game also allows you to enjoy various functions.

Besides farming, you can participate in relationships and town events, enter a part of fun dungeon-crawling action RPG scenarios to become strong, and even cook and take on quests. Furthermore, every action you take in Rune Factory 4 Special leads to you gaining experience and becoming more efficient at that task. If you’re looking for a farming simulation game for hours on end, Rune Factory 4 Special might be the game for you. 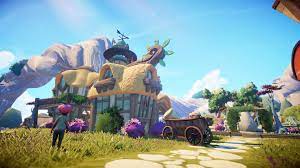 Grow: Song of the Evergreen is one of the most recent additions to this list, released in December 2021. this, like its predecessor Yonder: The Cloud Catcher Chronicles, focuses on freeform exploration, lovely narrative, and taking in the lush and vibrant fantasy world.

You play the role of one of the last Everheart Alchemists. Your fully customizable character engages in various farming activities while assisting in restoring the titular Evergreen. You can regrow land and make it fertile again by planting a special biome seed. As if that wasn’t enough, you also get to build new villages to attract new residents to the Evergreen region. 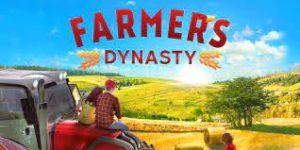 Farmer’s Dynasty is a farming simulation/RPG hybrid in which the protagonist returns to their old family farm after many years in the city. The storyline isn’t particularly strong, and you’ll spend most of your time building the farm before getting to the fun farming part of life, but there’s still a lot to enjoy.

In addition to building your farm and cultivating crops, you can complete quests, build relationships with others, and even choose to settle down and raise a family if you so desire.

Garden Paws Animal villagers around flower pots in the game Garden Paws follows a fairly standard farming storyline in which you inherit your grandparents’ old farm. However, this game’s story has a more unique twist because the character you play is an adorable animal, and everyone else is also animals.

Players can farm, craft, and discover new places like many other farming games, but several other features make it feel even more immersive. In this game, you’re responsible for building your own house and making sure that new structures are set in town, and you can also run your shop. There’s also a multiplayer mode to share this fantastic experience with your friends. 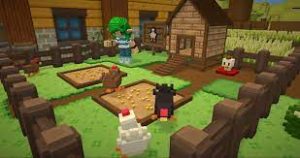 Staxel is a PC game that looks a lot like Minecraft with its voxel style, but it is a worthy contender in its own right with a larger focus on farming and more of a standard farming-sim experience.

This game allows players to build and maintain a farm, raise animals, cultivate crops, fish, and more. You can also befriend the local villagers and complete various quests to assist them. 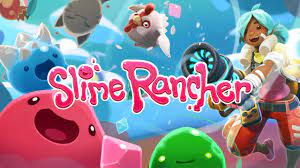 Slime Rancher is a quirky, one-of-a-kind game set on a distant planet in which the player controls Beatrix LaBeau, a rancher who has recently relocated to the world to start a new life on the ranch.

Players catch, breed, and care for various Slime species while growing crops, expanding the ranch, and earning money by selling Plorts (essentially Slime poop) harvested from their Slimes. There are also hide mysteries to solve and Tarr Slimes to contend with. 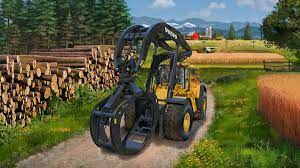 Farming Simulator is a series of games that, as the name implies, are entirely focused on farming. Since Farming Simulator 2008, these games have been released almost yearly and take a more realistic approach to farm simulations.

In these games, players run farms, grow crops, raise animals, and then profit from the products they harvest from their farms. This series is ideal for those looking for a more serious farming experience. 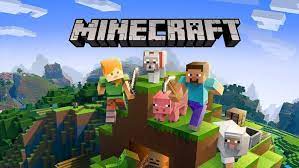 Minecraft has become one of the most popular games, which is not surprising given the sheer size and endless fun of its open-world sandbox. This game  regularly update with new features, creatures, and other additions.

While most people associate Minecraft with building, farming is also a big part of it, and you can easily spend hours building and cultivating various farms. 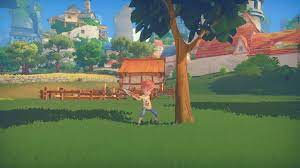 My Time at Portia was released in 2019 and has since become a popular indie simulation game, with a sequel already in the works. In this game, the player takes over Pa’s old workshop and is tasked with restoring it to its former glory by growing crops, helping the town’s people, and raising animals.

Aside from farming, the game allows the player to explore the mines, participate in Portia’s festivals, go fishing, play fun mini-games, and cultivate romantic relationships with some local townspeople. 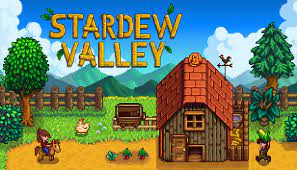 Stardew Valley is an independent game that has release on a variety of platforms. This game is similar to other popular farming-sim series, such as Harvest Moon, in that it emphasizes farming and befriending and building relationships with people in the nearby town.

In this game, the player task with taking over their late grandfather’s farm. They grow crops and restore animals while helping restore a nearby town by completing quests and various objectives.

Okay, those were some of the best games for getting your farming fix. If you’re looking for new or old games, Ses games should undoubtedly fit the bill. If you think we still need to include any of your favourite farming games, please list them in the comments below.