By suzanneNovember 22, 2022No Comments10 Mins Read Even after years of formal release, Minecraft skins popularity remains unrivalled. The reasons for its popularity differ from person to person.

While some find the open-world sandbox idea, others are drawn to its realistic elements, such as freshly introduced day-night cycles, rain, and creatures in the dark.

You may now design and change the skins for your Minecraft avatar. Donning a costume and transforming into a pickaxe-wielding batman seems intriguing. That’s only the tip of the iceberg.

Using superhero outfits to score some big hurrahs on the game server has its fair share of renown. Before logging back into your Minecraft account, ensure you have the best skins for your avatar.

Numerous skin-changing modifications and mod packs are available for a large collection of Minecraft skins.

We combed the internet to find some of the most interesting Minecraft skins. These avatar skins showcase some of the most popular live-action and anime characters, raising your excitement level to new heights.

How Do I Get Minecraft Skins?

It’s easier to download Minecraft skins than find the appropriate one. However, the installation process for Pocket and Bedrock editions differs.

The Minecraft community has already created a plethora of skins that you can easily install on your Windows or Mac PC. Before downloading skins, remember that they are simply graphics in PNG or JPG format.

Before downloading Minecraft skins, ensure you have the most recent version of Minecraft installed. We recommend updating your software if your device has an older version. Learn how to upgrade your Minecraft.

The process for obtaining and installing skins is the same for Linux PCs.

Following our comprehensive guide, you may also learn how to make Minecraft skins.

Are Minecraft skins available for free?

Minecraft Skins are free to upload PNG files and modify your avatar. Minecraft skins in PNG format are available for free download from various sources.

Alternatively, you can purchase skin packs from the Marketplace part of Minecraft’s Bedrock edition.

The Most Popular Minecraft Skins

We have carefully selected characters in this post to remind you of a childhood love or a movie interest. 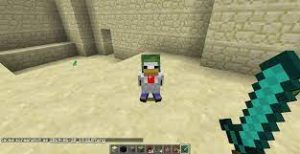 The newborn zombie riding a chicken is one of the scariest mobs in Minecraft just because of its speed. However, after years of riding the chicken, this skin intends to change things. This skin depicts a chicken pecking a baby zombie in a humorous situation. If you play on a multiplayer server, this twisted skin will frighten players immediately. 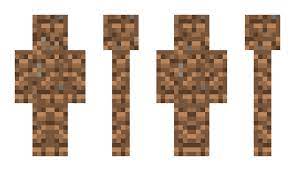 Many Minecraft players use skins to hide, and this skin takes the idea to the next level. Our next skin is made from the game’s soil texture. It is a very prevalent element in Minecraft. So, this skin is overpowered whether you’re playing multiplayer hide-and-seek or stealth killing.

PewDiePie is the most popular YouTuber to promote Minecraft to date. Our next skin pays homage to Felix by developing a skin based on his real-life costume. The character’s haircut and unique attire make him easily recognized. If you know Pewds, now is the moment to convince him to try this popular skin. 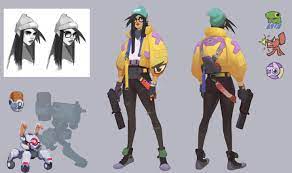 Valorant, the popular co-op FPS game, is on many gamers’ daily lists. And our next cool Minecraft skin capitalizes on the craze by incorporating one of the most popular Valorant characters – KJ or Killjoy. KillJoy’s unique haircut and technological costume are faithfully recreated in the skin. This best Minecraft skin will be an instant hit if we have any Valorant lovers in the house.

Minecraft villagers are easily the game’s best buddies, thanks to their unique and resourceful jobs. The locals work in various occupations, from farmers to ironsmiths, yet the protagonist is never one of them. To correct this unfair condition, our next skin replaces the protagonist, Steve’s costume, with that of an ordinary villager. The skin is not just unique but also humorous in several ways. But it fits the hardworking peasant somehow. 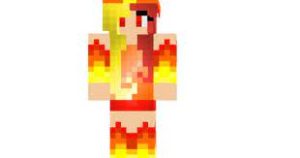 Since the first Nether upgrade, the creators appear to have completely forgotten about the realm. However, this is different for players, as evidenced by our next cool Minecraft skin. This skin depicts a powerful-looking Nether realm queen. The textures of the Nether are meticulously dispersed across the queen’s costume, giving it a unique appearance. 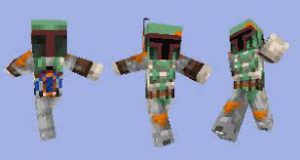 The Star Wars fanbase, like the Minecraft community, is an unstoppable force. And this Boba Fett skin is an attempt to appease both. Boba Fett has become one of the most well-known Star Wars characters thanks to his appearance in the Mandalorian TV series. This skin is an excellent illustration of this. With Boba’s unique costume and Mandolorian-style helmet, this skin perfectly captures the essence of the character. 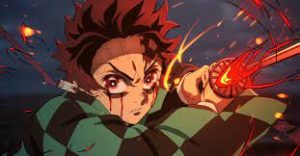 If you’ve been on the internet recently, you’ve probably heard of Demon Slayer. This popular Netflix anime series is on its way to becoming one of the most acclaimed animes of all time. As a result, its characters are gaining popularity, with the protagonist Tanjiro leading the way. With a focus on him, our next Minecraft skin features Tanjiro Kamado in all his glory, complete with a detailed costume design. 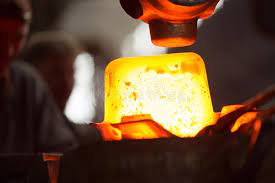 Yes, I realize we’re still mourning the tragic death of Iron Man in the Marvel Cinematic Universe. If you need help understanding what I’m talking about, it’s time to start binge-watching all MCU films. That being said, our first suggestion is an iron man’s skin with a neon glow. The skin does not glow due to in-game constraints. However, by using one of the best Minecraft shaders, you may get close to the intended appearance. 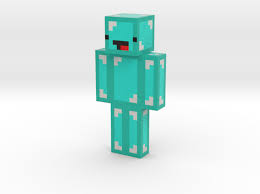 After we’ve delighted Marvel fans, let’s return to the Minecraft community with one of the most popular creator skins. If you’ve been around the Minecraft YouTube community, you’ve probably seen Skeppy. They are a well-known YouTube creator with a popular diamond skin. Our next submission is a different replica of Skeppy’s skin, but it’s close. This skin has a unique tint that distinguishes it from the original creator’s skin while giving tribute to them.

The popular internet legend of Slenderman inspires our next skin. This skin creates a Minecraft counterpart of the Slenderman, which looks eerie under the appropriate conditions. The skin has a transparency element, which sets it apart from most skins on our list. However, consider that skin transparency is only available in the Bedrock edition. The transparent skin sections are replaced with black in the Java version. 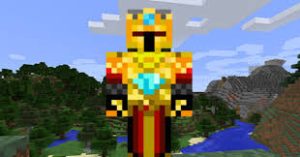 Players will have to wait and see if the new biomes in Minecraft 1.19 affect the desert biome. This cool Minecraft skin, on the other hand, gives desert biome fans a monarch straight out of a mummy movie. Its elements are diamonds, lapis lazuli, and gold over the costume. If you ever want to build a desert temple, this costume will make you look like the temple’s monarch. 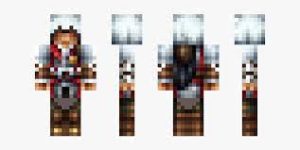 Despite the abundance of the best Minecraft sword enchantments, the first combat-style game that most players fall in love with is Assassin’s Creed. If you don’t want to decide, this cool Minecraft skin is made for you. It introduces the popular protagonist from the Assassin’s Creed games to Minecraft. The distinctive leather suit and its trimmings are evident in this skin.

Minecraft still needs a variety of snow-based critters after years of snowy biomes. Among these are the penguins, who look like they belong in the game but aren’t. However, this skin attempts to transform you into a little adorable in-game penguin. The skin accomplishes this by replacing the player’s legs. So, perhaps there are better ideas than glancing at our split penguin while walking.

See also  How to Play Stardew Valley Multiplayer on All Platforms 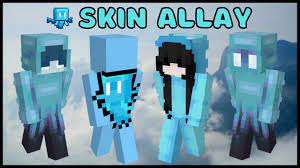 The Allay is one of the most anticipated Minecraft 1.19 mobs. This adorable mob is about to change mob interaction in-game. And, before we meet Allay in person, we can glimpse this inspired skin. Because there are some temporary limits, the skin cannot make you move like allay. However, it is unquestionably one of the best cosmetic options available without hacks. 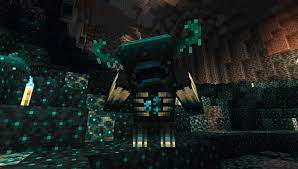 We can only talk about skins inspired by the upcoming Minecraft 1.19 The Wild update if we mention the Warden. Unfortunately, the player’s skin is too little to absorb the Warden’s power. However, community artists still need to attempt to recreate skins inspired by the forthcoming mob boss. So, if the Warden was the same size as the player but remained creepy, this is how he would have appeared. 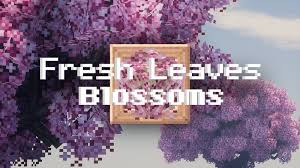 Moving on to charming skins, this blooming skin feels like a properly themed costume. The skin has a distinct look and fits well with one of the best Minecraft girl skins. Not to mention the unique haircut and flowers that make this costume difficult to replicate.

The King Pig series by YouTuber Technoblade inspire our next skin. If you’re a fan, you won’t be able to miss this costume on a multiplayer server. The ornate crown, regal robes, and basic pig face make this Minecraft skin classic, ageless, and cool. 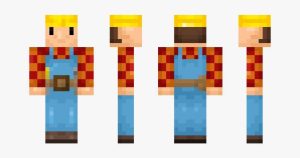 If you grew up in the 1990s, you would recall Bob from the cartoon series Bob the Builder. The costume includes all of Bob the Builder’s trademark clothes, which have been meticulously replicated. Everything is there, from his distinctive hat to the tool belt. And, to tie the mythos together, Bob’s work description as a construction engineer fits neatly into the universe of Minecraft.

We started our list of cool Minecraft skins with a Marvel character, so it only makes sense to close it with a DC figure, right? With that in mind, we’ve decided on the Flash flash costume minus the helmet. If you want to take things further, you can make a Potion of Swiftness to acquire actual in-game speed.

You now have a compilation of some of the coolest Minecraft skins ever created. These skins offer a lot of potentials, whether you want to be a speedster or a buried block. However, if you want to take it a step further and change the in-game mobs, you may do so by using some of the best Minecraft texture packs. They allow you to change the skin of all in-game creatures, blocks, and other objects. Alternatively, you can install Forge in Minecraft to run the best mod packs. Many of them include character skins, texture packs, and even the ability to change the skills of popular characters. That said, fire up your game and customize your character with any cool Minecraft skins. Please share your choice in the comments section!

Previous ArticleHow To Activate Gaia On Compliant Devices
Next Article Discord Channel Games: How to Play