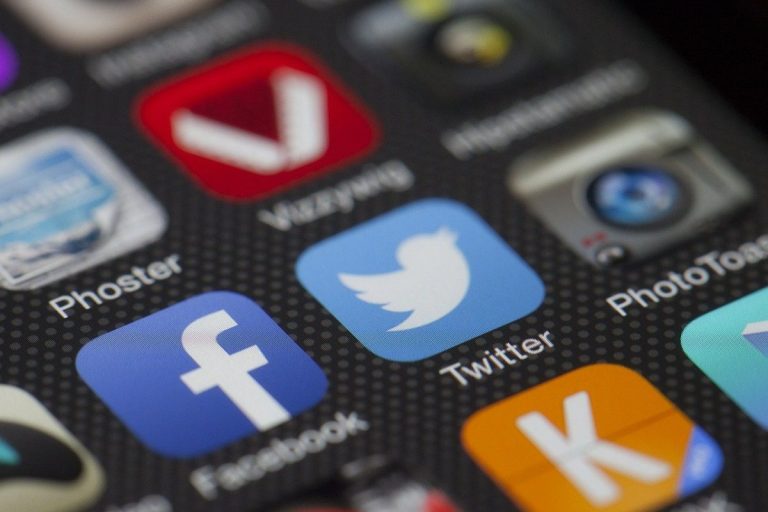 The social networking site Twitter is incredibly popular, especially if you want to talk about a certain topic with others. Twitter is one of the biggest social media sites, with close to 330 million active users every month. The official app for Twitter is the only thing I don’t like about it. You might miss out on many features if you only use the official Twitter app. The official app isn’t bad, but it doesn’t have the pro features and options to make it your own. There are a number of good third-party Twitter clients for Android and iPhone that add new features, let you change things, and work better. If you are a big Twitter user, here are the 15 best apps that are similar to Twitter that you should check out in 2022.

Note: Before you buy any of the third-party Twitter apps listed below, you should know that Twitter has officially changed its API. This means that third-party apps can no longer access many of Twitter’s features, like direct group messages, polls, Twitter bookmarks, and more. Think about that before you buy anything.

Check out our best Twitter tips and tricks article before you get to our list. They will help you use this platform in the best way possible. Now that that’s done, let’s look at the apps, shall we? 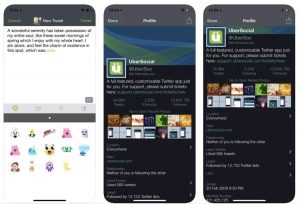 It is free to twitter apps free download and has all the features you would expect from a Twitter app. On the other hand, UberSocial Pro comes with an ad blocker app that gets rid of the annoying ads that would pop up every so often. But the most important feature about the Pro version is its Next Generation Interface, which has a menu called UberBar that can be moved and hidden.

Hootsuite is one of the oldest Twitter apps on the App Store and Play Store. It lets you follow multiple social networks at once. It’s a social media management tool that allows users to check their Twitter, Facebook, LinkedIn, Instagram, and other social media accounts in one place.

People who run a business should get the app’s paid version to keep track of their social presence. But the free version is for people who want a single view of everything for socializing.

This app is interesting because it lets the user schedule when they want to send a tweet during the day. In the end, we don’t want to lose the ability to send tweets. 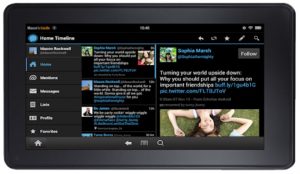 Echofon is yet another product made by Ubermedia, Inc. At first glance, Echofon might seem like any of the other Twitter apps that let you change the look of your page. However, there is much more to this app than just what makes it still popular.

Bitly is a link shortener that works with this Twitter client. It is one of the many features of this client. This is helpful if you use Twitter to keep track of your online presence because Echofon saves all the links in your Bit.ly account so you can look at them later. And suppose you still can’t get over Twitter’s old user interface (especially after all those updates that avoided giving us an edit button). In that case, Echofon lets users retweet the old-fashioned way with the “RT” that we all know and love.

Albatross stands out among the newer third-party Twitter apps you can download because it doesn’t have any ads. This app fits the bill because it has all the right Twitter features and some features that make things less cluttered. That is, users get a sorted type of notification, can see tweets in order of when they were posted, and get more file formats that Twitter is known to support. Lastly, Albatross now lets you schedule tweets. This is because several updates fixed the app’s rough start. 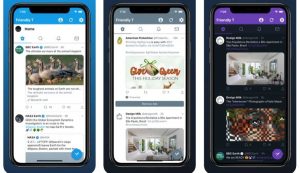 Friendly is not only customizable and easy to change, but it is also an extension of the Twitter website and uses less battery than other Twitter apps. Also recently added new features that let you download photos, videos, and GIFs straight to your device.

The free version of the app has the basic tools you need for socializing, but the paid version has more tools you might need to manage the social presence of a business or famous person. 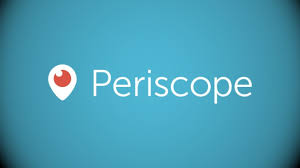 You’re probably wondering why this app is here. Even though Periscope is technically not a Twitter client, it still makes our list. You can do more than send text messages or photos on Twitter. Twitter has been used to show live events as they happen, a feature that media companies often use at press conferences. Facebook didn’t have its Facebook Live feature until 2016, and Twitter bought Periscope in 2015.

Periscope has been an excellent companion to Twitter for people who want to tell more significant stories that can’t be told in 280 characters. Twitter users can easily talk to each other and let the world know how they feel about an event by sharing their thoughts while the broadcast is going on. 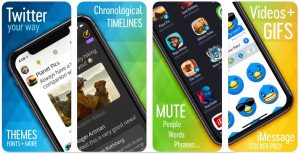 Looking to feel old? Here’s what: Twitterrific was the first Twitter app for the iPhone, and it has been that way since July 2008, when the App Store opened.

You may have already noticed that, with a few exceptions, all Twitter apps have the same basic information as the official Twitter app. You can mute @user or hashtags the way you want to with Twitterrific. This feature is now also on the official Twitter app, but Twitterrific has had it for a long time. But many people like this app because it is easy to sync posts between your twitter apps for iPhone and your Mac and can see a reply to a tweet even if you don’t follow the account. It is only available for iOS, which is too bad. 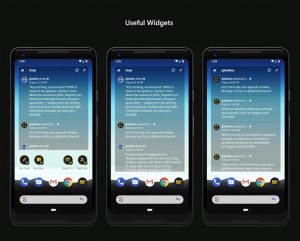 By the time you get to this part of the article, you might think that all of these Twitter apps have one thing in common: they are all customizable and are all the same. But not owlish.

Owly for Twitter is an app that lets users have a different Twitter experience by only seeing tweets from accounts on your reading list. You may be familiar with this feature from the official Twitter app, but Owly took it one step further by adding Tweet Digest. On the paid version, users would be able to get a feed of all of their tweets in one list. Aside from this, Owly would be able to do all of Twitter’s features at once in a much better and more streamlined way. 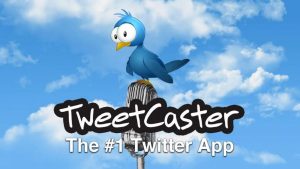 TweetCaster allows users to mute hashtags, tweets, and accounts they don’t want to see. On top of that, you can write multiple tweets at once and set them to go out at a certain time. TweetCaster also gives you insights and statistics about your Twitter activities, such as who interacted with you the most.

When compared to the official Twitter app, TweetCaster doesn’t offer as much security. That is, the app doesn’t have login verification or two-factor authentication. Still, this is one of the Twitter apps to try with a feature that lets you customize your theme. 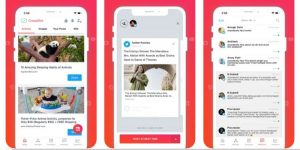 Social media has become a tool to mix online and offline socializing. Social media managers use Twitter to keep track of what’s being said online. With the help of third-party Twitter apps like Crowdfire, the job can be done well.

The paid version of this app is useful for brand ambassadors, content creators, and influencers because its algorithm automatically suggests photos, videos, and articles that their followers will like. Additionally, the app enables them to track their interactions, get insights, and organize their content posts. 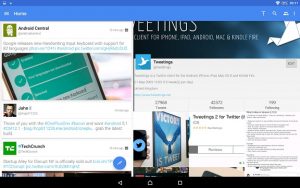 The thing that makes Tweetings different from other free Twitter apps like Plume or UberSocial is that it doesn’t have any ads. This feature gives users the same experience as when using the official Twitter app. Still, they can also customize the look of the app’s user interface by choosing from an ability of customizable in-app themes.

Now, we all know that each tweet is limited to 280 characters, but Tweetings lets you use more than 280 characters because it works with Twitlonger, a feature that lets anyone send tweets that are longer than Twitter’s character limit. 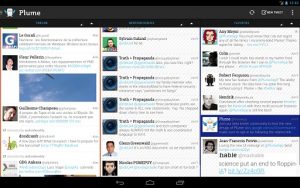 Plume is the best Twitter app for Android phones, even better than the official Twitter app. This is the same as UberSocial if you look at them side by side. You can customize the theme’s color to one you like, mute accounts you don’t want to follow without unfollowing them, and mute hashtags and apps. But what differentiates Plume from other apps is that it has a web browser built in, so users can view links without leaving the app. To save battery life, the app can also live-stream updates as they happen.

The only bad downside about this app is that it can’t be used on iOS devices. But even though there are many options for iPhones and iPads, Plume is still a good twitter apps for Android users to try. 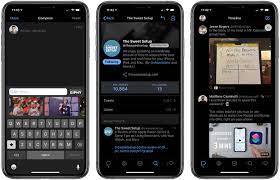 If Plume is only for Android twitter apps devices, then iOS users also have something they can only use.

Tweetbot doesn’t do much, but it’s a good alternative to the official Twitter app. So good that almost everyone on the App Store gave it five stars. The app has a search feature that lets you type in a term and choose whether you want to see tweets that contain that term or the account whose name is the same as the search term. 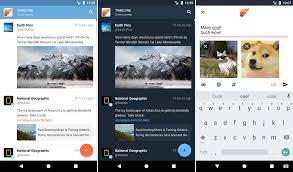 If you’ve been on Twitter for a while, you’d know that Instagram previews on tweets have been turned off. Fenix kept this feature, and in its most recent updates, it fixed the problem.

TweetDeck might be a good alternative to Twitter if you want to see your timeline, direct messages, notification tabs, and other users’ profiles in one view. The user interface of this app is very similar to that of Crowdfire, except that users are given insights and explanations of the data. Let’s say that TweetDeck is an extension of the Twitter website, except that it has multiple tabs that let you see all your Twitter views in one swipe.

The only bad downside about TweetDeck is that it’s only for iOS. It can also be used on Windows.

Free is the price.

Every once in a while, we all look for something new and different on the social media apps we use daily. The official Twitter app is fine, but third-party new Twitter apps try to fix its issues. Fixing these issues does make tweeting more fun and breaks up the monotony and routine of tweeting. Tweeting should be fun.