why you should use python for web development 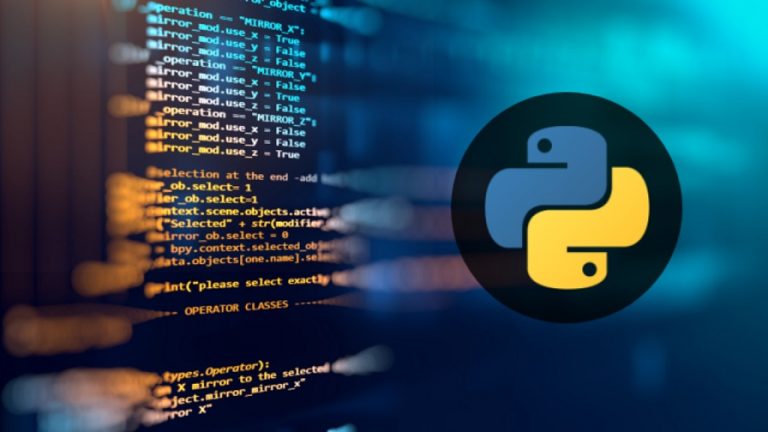 .Web development could be a hardworking task. There are many ways to write code that can be used to make a good product. So, which one of them should be chosen? Python is the language that has become the most popular for web development frameworks in the shortest time.

The choice of programming language depends on how robust and responsive the end application is meant to be, as well as how much coding and how complicated it may be. Python’s focus on Rapid Action Development (RAD) as an Object-Oriented Programming Language (OOP) has led many new organizations and startups to choose it as their first choice. Developers have agreed that ball Python for web development has many important benefits and can quickly adapt to technological changes.

This blog post will introduce Python’s features and how it fits into the world of web development. We’ll discuss the benefits of using monty Python and why Django and Flask are the two most popular web development frameworks. 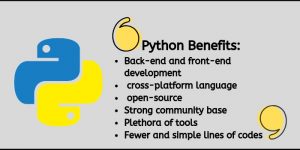 Guido van Rossum made Python for the first time in 1991. Its philosophy focuses on making code easy to read, which is clear from its simple syntax, namespaces, and strict indentation rules. It is common for Python to be used as a first language since it is easy to learn and understand. Tim Peters gave a beautiful description of the language in 19 sayings that are known as the “zen of Python”:

Python is a simple-to-use but powerful programming language that works well on the most popular operating systems (Windows, Linux, and Mac). This language can be written in a functional, imperative, or object-oriented style. This means that developers can choose the style that works best for the task at hand. In addition to web development, Python can also be utilized in a variety of other fields (like AI, Deep Learning, and the Internet of Things) and industries (like travel, healthcare, transportation, and finance).

Python is used by many of the best software companies in the world, like Google, Intel, Microsoft, Dropbox, Instagram, Facebook, and Spotify. If they do it, it must be good, right?

Why should you use Python for Web development?

Python can be used and shared for free, which is another great reason to use it. Python is an open-source product that works with a large number of libraries. You can find all the coding information you need on the Internet, so you can copy, embed, and distribute Python in your products without any restrictions. This makes it very useful in the world of digital systems once it creates flexibility in the market and lets companies work with many different types of businesses. What happened? A product that works well and is very successful. Let’s check at the main pros:

Using Python for Web Development has its benefits.

Several things make it easier to can you use Python for web development:

Easy to learn: The syntax is simple, making it possible to deal with complicated systems and easier for developers working on the same project to talk to each other. A language that is easy to learn means that new developers or developers with no experience with Python can learn the language quickly and join the development team faster.

Good readability: The fact that Python is similar to our everyday language and that it puts a lot of emphasis on readability means that its developers can write code that is easy to understand.

Popularity in web development: A language’s popularity indicates its quality, but it also helps us find problems with our applications. If you are experiencing a bug or don’t know how to add a new feature, someone on the internet probably had the same problem, and you’re only a few clicks away from a solution.

Wide range of libraries: You can use a lot of Python libraries to speed up the development of your application. These libraries are packages of code that have already been written. Anyone can use them, so you don’t have to start from scratch. Some libraries include Numpy, scitLearn for data analysis and mathematical algorithms, and x for composable SQLqueries.

Good Frameworks: Django, Flask, Pyramid, Web2Py, and Turbogears are some of Python’s most popular web development frameworks. These frameworks are like toolboxes that can speed up making a web app. They have packages and modules of standard code that can help you in a number of application areas (URL routing, accessing the database, HTTP requests, and responses ).

In the next two sections, we’ll discuss and introduce the two most popular web development frameworks for Python: Django and Flask.

Django is a back-end Python web development framework for building complex and scalable websites. It may be why Python has become more popular in recent years. Django uses the model-view-template (MVT) architecture. This is a pattern for organizing your code that is based on a set of best practices.

View: The interface is the view. It displays the templates and defines what you see and how it works. It is made up of files in HTML, CSS, and JavaScript.

Template: Is the file with the desired HTML structure and syntax. It talks about the content that was put in.

Django has a philosophy called “batteries included,” which means that the frameworks should come with all the standard features needed to build web apps. So, you can use the user authentication system, URL routing, the template engine, Object Relational-Mapper (ORM), and database schema migrations by installing Django on the device. This makes it easy to set up an application for the first time, and if you need more tools, Django has more than 4000 extra packages you can download and use for your project.

Django also has a lot of information about how to use it. Since it has been around for a long time (since 2005), there are many helpful tutorials on how to use it on the internet. Suppose you know how to use Django. Making apps will be practical, fast, and clean. Many popular websites, like Spotify, Instagram, and YouTube, were built with Django.

What is a flask?

Armin Ronacher created Flask in 2010 as a back-end Python framework. Flask is widely known as an alternative to Django for web development. Flask is a newer framework than Django. Its creator learned from the Python web development community as he built this new framework.

After the first success of Flask, the author made “The Pallets Projects,” which is a group of libraries to help web developers with their development. Even though Django and Flask are both used for development, they have very different ideas about how to do it.

Flask only has two main parts: the Jinja 2 template engine, which helps you build HTML templates, and the Werkzeug, which is a scary-sounding German word for a tool that enables you to route HTTP requests. Flask is a microframework that is easy to use and doesn’t force you to use a large set of predefined tools as Django does. Instead, Flask comes with only the bare necessities, leaving it up to the developer to choose which tools to use. For this reason, Flask is considered to be the more Pythonic framework of the two.

Flask’s minimalist approach means that applications can be made with very little boilerplate code. When used by experienced developers, Flask can make straightforward applications (code-wise). But because the framework is flexible and there are a lot of tools, the application’s features can grow as the project’s needs change.

Python has been around for a long time and is a great programming language. Its syntax is simple and easy to understand, which makes it a good choice for beginners. But, it is still powerful enough to be used to make some of the most popular websites in the language.

Both of its most popular frameworks Django and Flask, have their good points, and you can build your web application with either one. But if you are not a very experienced developer, you should use Django because it makes web development easier and faster. “Pirates use Flask, the Navy uses Django” is a famous saying in the Python world that is funny and makes sense.

You can also check another article like Write for Us Technology