By suzanneNovember 30, 2022No Comments6 Mins Read 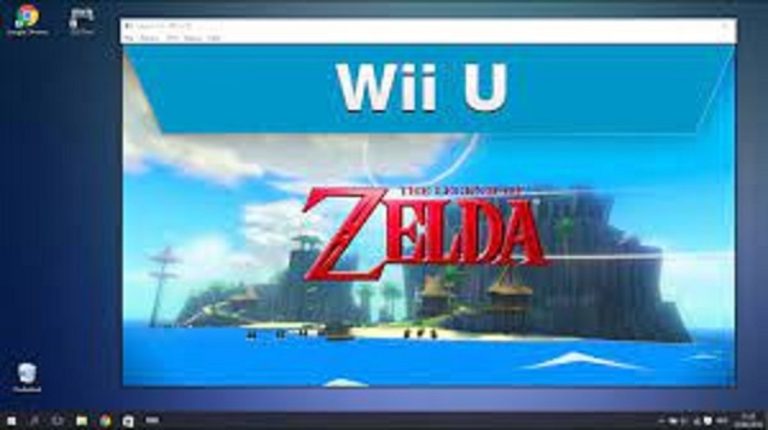 The Nintendo Wii U Games emulator Cemu has finally reached a stable performance, providing playable results on most systems. Cemu is the best option if you want to play Wii U games on a PC and use all the features an emulator offers.

Contents hide
Is It Even Worth It to Use Emulators?
Methods of Obtaining Legal Copies of Wii U Video Games
Installing Cemu
Packages of CEMUI visuals Wii U Games
Using the Cemu Shader Cache
Packs of Graphics Wii U Games
Controllers Options for the CEMU Platform
Performance

Is It Even Worth It to Use Emulators?

There are several situations where it is preferable to play an emulated version of a game rather than on the intended hardware.

Even though Cemu does a great job of playing Wii U games on PC, it can’t replace a home console in your living room.

Methods of Obtaining Legal Copies of Wii U Video Games

It’s not legal to run games you’ve ripped from a physical disc using an emulator, even though this is how most people use emulators to run pirated games. One must have access to a homebrewable Nintendo Wii U console to extract games from it. Though the homebrew process can be a bit of a pain, having your very own Wii U is well worth it, as it serves admirably as a throwback gaming system.

You can use DDD Title Dumper to copy games when you have a homebrew Wii U. Download them and arrange them in a single folder on your hard drive so Cemu can find them quickly. The vast majority of Wii U games are under 10 GB in size so that they won’t take up much room on your system.

As emulators go, Cemu is a challenging task to work with. Installation requires additional files beyond those often provided by such software, so be prepared to download some time. The future may bring automation, but much of this will have to be done by hand.

Take the most recent version of Cemu from their website and download the folder. The folder’s default name is “cemu 1.15.3,” but you can rename it to whatever you wish and store it in a convenient location (like your Desktop or Documents folders). The format of the material will be as follows:

Wait to run Cemu; you need to finish setting it up. To access more graphical content and tweak the game’s performance, you’ll need a mod called Cemuhook. Select the Cemu release corresponding to your installation, and extract the Cemuhook folder from its.zip archive. Everything in this folder can be dragged and dropped into the Cemu installation folder.

We’ll be moving on to the expansion packs after that. Cemu’s graphics packs serve multiple purposes, from fixing critical flaws in specific hardware to improving the game’s visuals and performance to acting as full-fledged mods for Wii U titles. The most important ones are available for download from this Github repository.

See also  The Most Well-liked Game Types: Create Your Own

Unpack the archive, use Ctrl+A to select everything, and then drop the contents into Cemu’s graphics packs folder. Because they are all text files and rather modest in size, it is not necessary to copy them if you are playing one game.

Shader caches are the final component that must be set up. Due to how Cemu operates, your game will experience significant slowness whenever a new shader needs to be calculated. Thankfully, after you’ve completed the calculation, the result is cached and used for all subsequent analyses, so the game will run smoothly as long as you play at it. You can borrow someone else’s cache if you don’t feel like dealing with the game’s constant stuttering for hours. The CemuCaches subreddit features a comprehensive cache list for many different games.

Cemu.exe, the emulator, can be launched at this point. Make that you have the most recent C++ libraries installed if you cannot open Cemu.

Packs of Graphics Wii U Games

Different visual packs can be activated using the Options menu > Graphics Packs menu item. Each game will have its own unique classification game for these items.

A setting whose configuration is important for both performance and appearance is resolution. It’s usually find in the “Graphics” section of the settings menu, alongside shadow resolution and antialiasing quality. The graphics packs also include game patches and additions to the games. You can experiment with different visual enhancements in-game with most expansion packs.

Controllers Options for the CEMU Platform

One major perk of using an emulator is that you can use whichever controller you like. You can use Xbox or PlayStation controllers with Cemu in the same way you would a real Wii Remote, provided you connect them via Bluetooth. You’ll need to set all the buttons under Options > Input Settings manually, but you can save your settings as a profile and reuse them later.

Under the hood, Cemu will imitate a certain controller, and for compatibility’s sake, you should stick to emulating a “Wii U Pro Controller.” To prevent the game from playing anything on the Wii U Gamepad’s screen when it is switch off, do this. If a game requires the Gamepad’s screen, you can play it on a TV by selecting “Separate Gamepad View” from the options menu.

While your hardware determines the emulator’s speed, you can tweak several options to enable its performance. There are two timer settings under the “Debug” tab. You should use QPC and a 1ms delay, as illustrated.

The central processing unit (CPU) settings can access via the Mode menu item. Set this to a Dual or Triple-core recompiler if your computer has four or more processing cores. The CPU load on Cemu will decrease as a result of this change.

Alter the setting for “GPU buffer cache accuracy” to “Low” in the settings menu.

If you’re not playing on a toaster, that should be enough to get Cemu running well on your CPU. Reduce the game’s resolution and visual quality in the graphics pack’s options if you still have performance issues; this could be a GPU-related issue.

It’s time to start playing once you’ve set everything up. Add the path to your games under Options > General Settings > Game Paths if you can’t find them in the main pane.