How to Take a Screenshot on Dell Laptop or Desktop 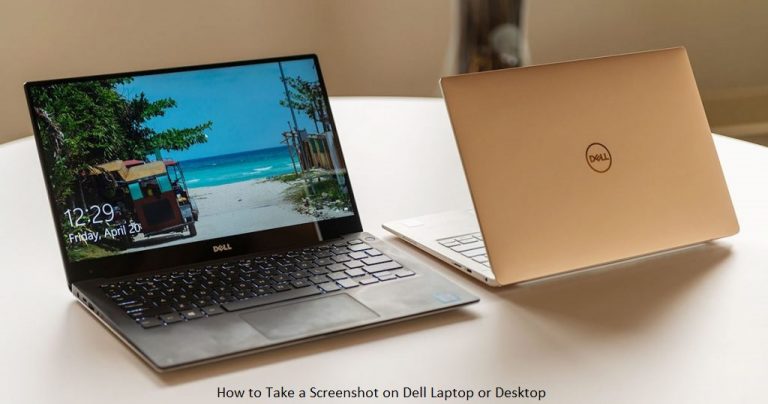 A screenshot is a static image of the active screen of a device. Rather than having to return to a screen many times, taking a screenshot will save you work. It allows you capture your work done to share with your colleagues or team members which can be more beneficial while discussing things in the form of images than in words. You will be able to take a screenshot on all your devices including smartphones, desktops, and tablets. Taking a screenshot on a smartphone (Android & iOS) is an easy operation, but on a computer or laptop, it is not. If you own a Dell computer or laptop, you should know the effective ways to capture your current screen. The method is the same as you do on a Windows PC or laptop as Dell devices operates on Windows OS. Lets us learn how to screenshot on a dell laptop or laptop is several methods so that you can go with your best-suited method.

How to Take a Screenshot on Dell Laptop or Desktop

In this article, you can learn about how to screenshot on dell laptop. Here are the details below;

Take a Screenshot on Dell Laptop or Desktop using Keyboard

Since this is the most common method of taking a screenshot on a Dell computer, let’s take a look at how you may do it.

Capture a Whole Screen on Dell

(1) Capture and Copy the screenshot

#1: Open the desired screen you want to capture.

#3: In the Paint app (or any other photo editor), open the screenshot, then copy and paste it (Ctrl+V).

#4: To save the image to your device, click the Save symbol after editing it with the Edit icon.

(2) capture a Screenshot and Save It

#3: The screenshot will be saved to the Screenshots folder in the Pictures folder.

Capture a part of the Dell Laptop or Desktop Screen

#1: Press Windows + Shift + S on the keyboard to capture a limited region of the screen.

#2: The mouse cursor will change to Crosshair and your screen will fade.

#3: Use the crosshair to choose a screen portion and save the screenshot to the device folder.

#4: If you wish to make changes to the screenshot, copy it and paste it into Paint or the other app.

#1: Go to the Start menu and search for Snipping tool in the search box.

#3: Next, on the Snipping tool app, choose the New option.

#4: Next, select Snip Type from the Mode check menu.

#5: Now select the portion of the screen you wish to capture and save the screenshot to your device folder by clicking the save snip icon.

Third-Party app to Take Screenshot on Dell Laptop or Desktop

You can install third-party screenshot apps on your Dell computer in addition to the built-in options and keyboard combinations. Snagit, Lightshot, King, and many other screenshot apps are available for Dell devices.

Aside from third-party apps, certain browser extensions are also available to capture screenshots of webpages on Dell. (Chrome addon) and Nimbus Screen Capture are two of them (Firefox). You may use this to take a screenshot on YouTube or any other streaming app or site.

How to Take A Screenshot on a Dell Chromebook?

Taking a screenshot on a Dell Chromebook is simple, as the method is similar to that of a Dell Windows computer. To capture a complete screen or a specific piece of the Chromebook window, simply use the keyboard shortcuts.

(1) To take a screenshot of the whole window, hold down the Ctrl key and then press the Switch window key (F5).

(2) To take a screenshot of a specific portion of the screen,

The screenshot is saved as an image in the device’s Downloads folder once it is taken.

Take a Screenshot on a Dell tablet

If you have a Dell Tablet, you can use the device buttons to take a screenshot.

#1: Press and hold the Windows key and the Volume down key at the same time.

#2: The screen will instantly flash, and a screenshot will be taken and saved to the specified folder.

On a Dell computer or laptop, these are reliable and consumer methods for taking a screenshot. The screenshots you take are saved as an image on your smartphone, so you can access, edit, and share them whenever you want.